September 12, 2022, from the USTA Communications Department
Share via:
Columbus, OH – The U.S. District Court for the Southern District of New York announced Monday (Sept. 12) that trainer Rick Dane Jr. has been sentenced to 30 months in prison according to a story on bloodhorse.com. 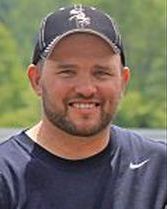 Trainer Rick Dane Jr. was sentenced to 30 months in prison. USTA photo.
The story reported, “Rick Dane Jr. was sentenced to 30 months of imprisonment Sept. 9 in federal court following a February guilty plea to a single count of drug adulteration and misbranding of performance-enhancing drugs used on race horses.
“Details about the sentence were made public Sept. 12 by U. S District Court for the Southern District of New York. A money judgment of $33,912, representing the value of forfeitable property, was also entered against Dane, but he was not ordered to pay restitution. Upon his release, Dane will be on supervised release for a term of one year. Judge Mary Kay Vyskocil recommended Dane be housed in a facility near the Pine Bush, N.Y. area to facilitate family visitation.
“A letter filed under seal by Assistant U. S. Attorney Sarah Mortazavi Sept. 2, but unsealed when Dane was sentenced, describes Dane as a person who offered to give substantial assistance to the government’s investigation but who failed to follow through as promised.”
To read the complete story on bloodhorse.com, click here.

Tuesday at The Mile

The Sharks come to town