All about USA vs England here

www.foxsports.com
Nothing Can Stop What Is Coming!!!
It will be your choice whether to know.

MAGAking1 said:
All about USA vs England here

I hope the US could pull it off upset, but that English team is solid. Should be a great game!

I'm waiting for another Qatar loss against Senegal.

peanuts said:
I hope the US could pull it off upset, but that English team is solid. Should be a great game!
Click to expand...

Not going to happen. My team is going to demolish your team.

phelps123 said:
Not going to happen. My team is going to demolish your team.
Click to expand...

Don't underestimate your opponent, look what happened with Argentina.

They are not a shit team ...not till they lost to Saudi Arabia.

They played bad against Saudi Arabia and they deserved that loss.

phelps123 said:
They played bad against Saudi Arabia and they deserved that loss.
Click to expand...

Just a bad game. I'm guessing they will win the game against Mexico tomorrow.

the BEST thing about the World Cup is you get H

T CHICKS from all over the w

Shot in the dark team 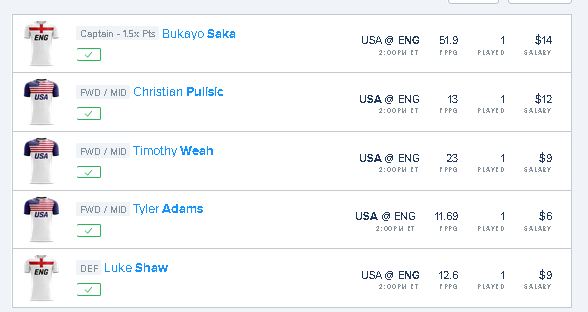 Nothing Can Stop What Is Coming!!!
It will be your choice whether to know.

Ecuador failed to save Qatar.

rwjr said:
the BEST thing about the World Cup is you get H

T CHICKS from all over the w

We need to start posting these hot chicks.

Neither team here is better than 30th in the FIFA world rankings. Australia is 38th, and Tunisia is 30th. Neither played particularly tough qualifying schedules, either.

Tunisia played Denmark to a 0-0 draw in their opening match of the World Cup, a surprising score given a total of 2.3 expected goals (1.4 to 0.9 in favor of Denmark -- to clarify).

Australia scored an early goal on France but ultimately succumbed 4-1 in one of the more accurate portrayals of the expected goal battle (4.0 to 0.5) we saw in the opening days of World Cup action.

This should be one of the lower-scoring games we see on the weekend, thus making the under (2.5) an interesting play even at -158 odds. The true under odds on 2.5 goals, per my model, should be -180.

Is Saudi Arabia for real? They bested Argentina 2-1 in a World Cup shocker to open play on Tuesday. However, the expected goal data told an incredibly different story: 2.2 to 0.1 in favor of Argentina.

As for Poland, they drew 0-0 with Mexico and had an expected goal output of 0.9 while allowing one of 0.7 to Mexico.

There's a big gap in FIFA rankings between the two sides (Saudi Arabia is 51st, and Poland is 26th) -- and in adjusted qualifying goal differential (Poland is 15th among World Cup teams at +1.73, and Saudi Arabia is 29th at +1.12).

Once again, the under (2.5) looks promising at -138 odds. The true odds by my model should be -160, and neither team put forth a strong offensive showing in the opening round.

France survived an early "scare" by Australia and ended up winning 4-1 against the Socceroos, thanks to 4.0 expected goals.

Denmark couldn't convert on 1.4 expected goals and wound up in a scoreless draw with Tunisia, who is 30th in the FIFA rankings.

Notably, numberFire's model loves Denmark and has them ranked higher (9th) than France (10th), and that's not reflected in the FIFA world rankings, which have France 4th and Denmark 10th.

It's also not reflected in the betting odds with Denmark as a +380 underdog. Therefore, the model here is actually backing Denmark's moneyline (+380) while giving them a 35.8% win probability.

Despite besting Saudi Arabia 2.2 to 0.1 in the expected goal department, Argentina lost their opener and now needs to make up ground.

numberFire's model thinks Argentina is 63.7% likely to win but doesn't indicate spread or moneyline value in this matchup.

Instead, it's the under (2.5) that has the most value. These teams combined for 2.2 and 1.6 expected goals in their openers; the long-term data suggests under 2.5 should be a good bet at -118 odds.
Nothing Can Stop What Is Coming!!!
It will be your choice whether to know.

Magaking this guy is hot what he got today?

bestia said:
Magaking this guy is hot what he got today?
Click to expand...

Dont know what has or hasnt started but this is today 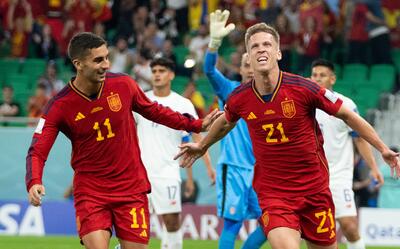 Spain dominated Costa Rica in their opener, and Germany suffered a shocking loss to Japan. How should we bet their match on Sunday -- and the others, too?
www.numberfire.com
Nothing Can Stop What Is Coming!!!
It will be your choice whether to know.

Canada is already eliminated from Group F, so this is a three-team race for the two qualifying spots. Morocco has earned four points thus far and now faces a Canada side that has lost both matches.

Morocco needs just a draw to advance despite owning what I have as the second-worst offense in the World Cup by opponent-adjusted expected goals (xG) per match (0.46). They've earned points behind a strong defense, permitting 0.63 adjusted xG per match, a top-six mark.

Given a bad offense and good defense for the favored side, this one seems like it'll play close to even if Morocco does convert on their advancement opportunity (and a draw will do). For that reason, Canada +1.0 (-150) rates out as the best option here.

This matchup is totally even between Belgium and Croatia, each of whom is +165 to win. Draw odds are pretty high at +230.

A win will see either side advance, so we can expect a bit of urgency in this matchup.

The best value here is under 2.5 goals (-136). Belgium has struggled to find the back of the net without Romelu Lukaku, although Lukaku may be fit to start in this one, and Croatia's defense is on point. My model thinks the under should be -155.

A win gets Spain the top spot in Group E, but a draw alone is enough for them to move on.

Japan advances with a win and is eliminated with a loss; a draw plus an unlikely Costa Rica win would eliminate Japan.

Unsurprisingly, Spain rates out well in adjusted xG allowed (0.43 per match to rank them fourth), but they're also sixth (1.54) offensively. Japan is about average offensively (1.07) and defensively (1.14).

numberFire's model thinks Japan should be projected for only 0.47 goals in this match, and with the impetus for a Spanish win, they should be able to put up enough goals to cover. Spain -1.0 (+110) is a five-star suggestion by numberFire's model.

Germany has earned just a single point through two matches. They must win and have Spain convert as favorites with a win. If Japan beats Spain, Germany can still advance with a win provided that they overcome an eight-goal deficit by goal differential.

Point being: Germany needs a win no matter what, and they should have the offensive urgency cranked up to 11.

My numbers have Germany as the best offense in the World Cup (2.85 adjusted xG per match) despite just a single goal in each match. A breakthrough seems to be lurking against a Costa Rica team that has barely registered on the xG scale (0.0 and 0.1 in their respective matches to date). Defensively, they're 28th in adjusted xG (1.66).

Data-wise, Germany over 3.5 goals (+132) is actually a fine bet, too, as wild as it sounds.
Nothing Can Stop What Is Coming!!!
It will be your choice whether to know.

Dutch now 18-0 with Van Gaal heading the team.... Gonna be a tough one for the US to pull off.
Netherlands Gappo is a monster...
Sweet Action
You must log in or register to reply here.