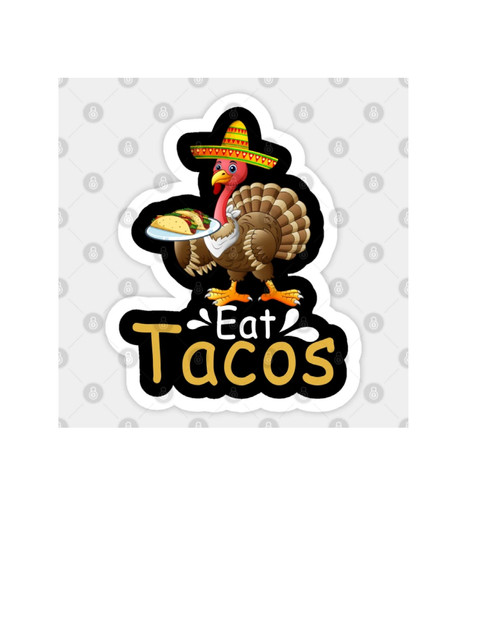 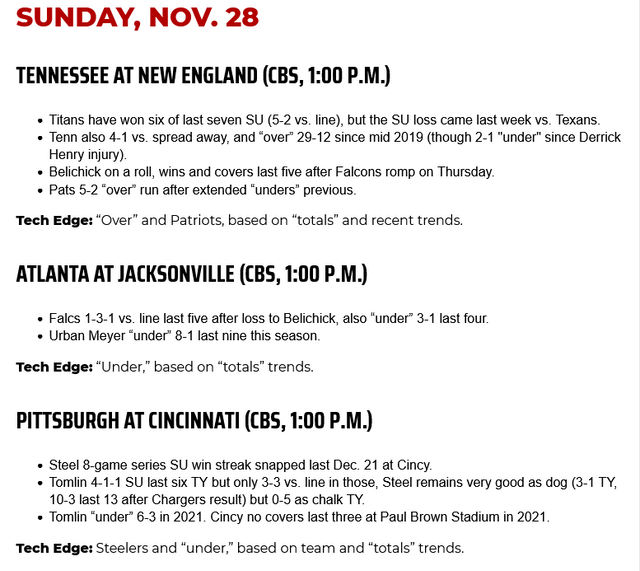 -- The L.A. Chargers are 0-11 ATS since October 2013 after a game in which they had at least 100 more yards of offense than their season-to-date average.

-- The Carolina Panthers are 12-0 OU since October 2010 after a game as a home favorite in which they failed to cover by more than eight points.

-- The Cincinnati Bengals are 0-10-1 OU since January 2014 as a favorite of more than three pointers when they covered by 6-29 points last game.

-- Since 2010, teams that are above .500 in at least game 11 of the season despite having a negative point differential are 40-61 ATS. Against with Cleveland and L.A. Chargers. 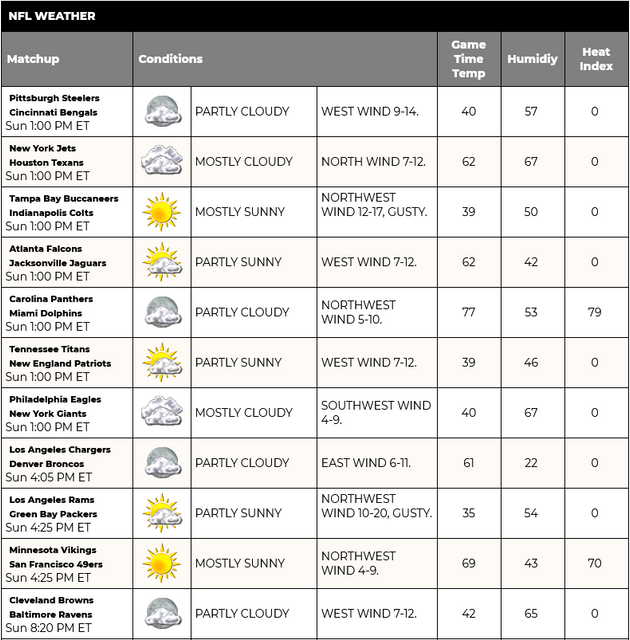 Wrapping up an NFL Sunday

— USC hired 38-year old Lincoln Riley as its new football coach; Riley went 55-10 in his time coaching the Sooners. Unclear if Oklahoma’s bolting to the tougher SEC was a factor in Riley’s decision to jump ship. The largest underdogs to win straight up

The largest favorites to cover

The Biggest Disappointment of the Week

The Carolina Panthers-Miami Dolphins (40.5) saw a total of 31 points scored in the first half, and OVER bettors probably thought they were on the way to easy street. However, we saw a total of just six points in the third quarter, and a missed extra point.

With 10:58 to go in the final quarter, the Dolphins saw a 46-yard field goal from Jason Sanders to make it 30-10 in favor of the home side. The Panthers elected to bench QB Cam Newton in the fourth quarter, after he completed just 5-of-21 passes for 92 yards, no touchdowns and two interceptions. The 23.8 completion percentage was the worst by an NFL player with at least 20 attempts in a single game since 2004.

It looked like the scoring was done, as we didn't have any points until 3:41 in regulation. UNDER bettors thought they were going to get a miracle result, but another Sanders field goal, this time from 33 yards out, did them in, as the Dolphins put a bow on the scoring at 33-10, hitting the OVER on a meaningless field goal in terms of the overall result.

The Biggest Disappointment of the Week - Part II

The Cleveland Browns (+3, +140 ML)-Baltimore Ravens game was a bummer if you were a side bettors and/or a money line bettor.

Things were going tremendously well for Cleveland side bettors, as Baltimore held a 6-3 advantage at halftime. It probably should have been 6-6, too, but Chase McLaughlin missed a field goal in the first quarter for the visitors. But those who backed the Browns saw the defense pick off QB Lamar Jackson three times in the first 30 minutes.

In the third quarter, Jackson hit TE Mark Andrews for a 13-yard touchdown, opening the biggest lead of the game at 13-3, but the Browns came right back. Near the end of the third, QB Baker Mayfield hit TE David Njoku on a sliding catch into the end zone to slice the lead to 13-10.

The Browns picked off Jackson a fourth time in the second half, and the Ravens were only able to muster three points in the fourth quarter. Unfortunately for those backing the Browns, they got nothing. With 70 seconds left in regulation, Justin Tucker banged home a 49-yard field goal to make it 16-10, giving Baltimore the cover. Mayfield and the offense had a chance, but they turned it over on downs.

-- The Green Bay Packers picked up a 36-28 win over the Los Angeles Rams, improving to 10-1 ATS across the past 11 games overall. They're also an impressive 5-0 SU/ATS in five games at Lambeau Field.

-- The Jacksonville Jaguars have cashed the UNDER in six consecutive games, including 3-0 in the past three at home.

-- The Denver Broncos have hit the UNDER in five straight outings, while going 9-2 overall in 11 games this season.

The lowest total on the board in Week 12 was the Panthers-Dolphins (40.5) game, and we told you how that one end. Badly for UNDER bettors. The second-lowest was on Thanksgiving in the Chicago Bears-Detroit Lions (41.5) battle. We had seven or fewer points scored in three of the four quarters, and just 30 total points for an easy UNDER play in the early window on Turkey Day.

The next lowest total on the board was the game between the Tennessee Titans-New England Patriots (43), and we saw 49 points in the game, mostly by the Patriots. They won the game 36-13, but OVER bettors had to wait until the final 6:09 for the last 10 points, each by the home side.

On the flip side, the highest total on the board for Week 12 was in the Tampa Bay Buccaneers-Indianapolis Colts (53) game. It didn't start out looking like a high-scoring battle. The Colts led just 3-0 after the first 15 minutes. However, we saw 35 total points in the fourth, as OVER bettors were quickly snapped on track. We had 31 more total points in the second half, and Indy was threatening to tie it up late, but came up short as time ran out. Still, there were 69 total points on the board, which was more than enough.

Looking Ahead to Week 13

The Buccaneers (8-3) and Falcons (5-6) meet for the second time this season. Tampa Bay scored a season-high 48 points in the first meeting, a 23-point win over the Falcons as 13.5-point favorites as the OVER (52) easily cashed.

The OVER is a whopping 17-5 in the past 22 NFC South Division games, while going 10-1 in the past 11 meetings with the Falcons, including 5-0 in the past five in Atlanta.

The Ravens (8-3) and Steelers (5-5) square off for the first of two meetings this season. Baltimore enters on a 3-0 UNDER run, averaging just 14.0 PPG while allowing 15.0 PPG in those three outings. The Ravens have covered in consecutive games for the first time this season.

The Steelers are also skidding, losing two straight, while going 1-3 ATS across the past four outings. A 41-10 beatdown from the Bengals in Cincinnati in Week 12 will have fans and bettors a bit shook. The OVER is 3-1 in the previous four outings, as Pittsburgh's defense has yielded 41, 41 and 27 in three of the past four outings, with 16 points allowed to the Detroit Lions in a Week 10 tie.

The Ravens are 5-1-1 ATS in the past seven trips to Pittsburgh, with the road team covering in seven of the past nine meetings in the series. The UNDER is 4-0 in the past four road outings for the Ravens, while the UNDER is 7-3 in the past 10 as a home 'dog for the Steelers.

The 49ers (6-5) and Seahawks (3-7) meet in a key NFL West battle. San Francisco has won and covered three straight games, going for 34, 30 and 31 to get themselves into position for a playoff spot. One thing to watch closely heading into next Sunday is the health of star WR Deebo Samuel (groin). He left Sunday's game in the second half due to injury, and was unable to return.

The Broncos (6-5) and Chiefs (7-4) square off on Sunday Night Football. The Broncos have played their way into the thick of the AFC West Division race with a 28-13 win over the Los Angeles Chargers in Week 12. Meanwhile, the Chiefs are coming off a bye, and still remain in first place by a full game over everyone else in the division.

Denver enters on a 5-0 UNDER run, and it has cashed in three of the past four against the number. Kansas City won 19-9 over Dallas before the bye, cashing as 2.5-point favorites. The Chiefs have covered consecutive games for the first time all season, while the UNDER is 5-1 across the past six games overall.

The Chiefs have dominated this series of late, going 9-2 ATS in the past 11 meetings, although the road team is 6-1 ATS across the past seven in this series. The UNDER is also 4-1-1 in the previous six meetings.

DALLAS are 6-0 ATS (6 Units) against conference opponents in the current season.

CHICAGO is 0-8 ATS (-8.8 Units) when playing against a team with a winning record in the second half of the season in the last 3 seasons.

INDIANAPOLIS are 8-0 ATS (8 Units) in road games after having won 2 out of their last 3 games in the last 2 seasons.

PHILADELPHIA is 0-6 ATS (-6.6 Units) versus poor rushing defenses - allowing >=4.5 rushing yards/carry in the second half of the season.

Hilltoppers won seven SU in a row, 6-2 vs. line and over in eight of last 12.
UTSA dropped last three vs. spread and 1-3 vs. line in last four at home.

Tech Edge: Western Kentucky and over based on recent and total trends.

Tech Edge: Over based on total trends.

Bears under in last three and four of last five.
OKST 9-0-1 vs. line in last 10 and under in five of last eight

Tech Edge: Oklahoma State and under based on team and total trends.

Tech Edge: Utah State and under based on team and total trends.

Tech Edge: Louisiana and under based on team and total trends.

Tech Edge: Cincinnati and under based on team and total trends.

Saban just 5-6 in last 11 vs. line.
Alabama 8-4 under TY
Dogs no wins vs. Tide since 2007 in overtime in Tuscaloosa.
UGA covered last six on road, under in six of last seven vs. FBS teams.

Tech Edge: Under and Georgia based on total and recent trends.

Tech Edge: Over based on total trends.

Tampa seven straight overs in series.
Brady 1-5 vs line on road TY.
Atlanta under in three of last five and 0-4 SU at home.

Tech Edge: Over and Buccaneers based on total and recent trends.

Kingsbury is 6-0 SU vs. line on road TY.
No Chicago covers last three at home, and under in eight of last 10 games.

Tech Edge: Cardinals and under based on team and total trends.

Eagles won and covered three of last four, also over in four of last five prior to G-Men loss.
Eagles 4-3 SU vs. spread on road TY, 2-0 as favorite.
Jets over in six of last eight, two striaght unders though

Tech Edge: Eagles and over based on team and total trends.

Zimmer is 4-2 vs. spread in last six.
Detroit winless though 11 weeks, but only dropped four games vs. spread.
Lions on 8-1 under run.

Tech Edge: Under based on total trends.

Tech Edge: Under and Giants based on total and extended trends.

Tech Edge: Under and 49ers based on total and recent trends.

Jaguars covered three of last four on road.
Jaguars Under in last six and nine of last 10 games.
No covers for Rams in last three at home, and under in four of last seven.

Tech Edge: Under and Jaguars based on total and team trends.

Tech Edge: Washington and under based on team and total trends.

Tech Edge: Under based on total trends.

— Detroit is winless, but is 7-4 ATS (4-1 last five).
— Lions’ last three games were decided by total of five points.
— Detroit lost four games it led in 4th quarter, most in NFL.
— Last nine games, Lions were outscored 117-37 in first half.
— Detroit scored nine TD’s on its last 73 drives.
— Eight of last nine Detroit games stayed under the total.
— Last 11 years, Detroit is 13-24-1 ATS as a home underdog.
— Lions have four losses by 3 or fewer points.
— Detroit played on Thanksgiving, had extra time to rest/prep.

— Eagles are playing in Swamp Stadium for second week in row.
— Philly won/covered last five series games.
You must log in or register to reply here.